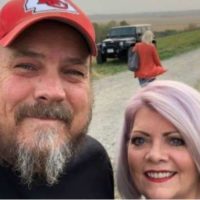 Jerry and Rebecca Porter / Photo from the GoFundMe page

A GoFundMe page has been set up to support medical care
Expenditures of a St. Joseph couple seriously injured in a car wreck.

Money is being raised to offset rising costs
Jerry and Rebecca Porter. The couple suffered numerous serious injuries when
Her car hit a pole on South Belt Highway 1710 Friday night.

Police in St. Joseph say the car was traveling at high speed
Speed ​​when the driver lost control ran off the freeway, through private
Property and hit a pole. The bar was only a few inches away from both drivers
and the passenger. Emergency teams had to pull the two out of the car.

Buchanan County Emergency Teams took the two to Mosaic Life
Nursing Hospital in St. Joseph. Rebecca has since been transferred to KU Medical
in Kansas City, according to the GoFundMe site reporting that Rebecca suffered
a broken vertebra and sternum. Jerry suffered a broken thigh bone and brain
Injury. It says on the side that he will be treated at the Mosaic ICU.

The GoFundMe page asks those who cannot donate to pray for them
the couple. 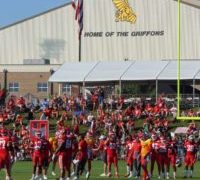