Longtime St. Joseph Stockyards employee looks back fondly on his time there 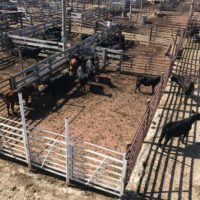 Long time employee of St. Joseph Stockyards, Greg Clement, has fond memories of his time at the Stockyards.

Clement has many memories of the St. Joseph Stockyards, but one of his finest is how his future as an auctioneer began.

But the best memory Clement adds is the day he started working full time.

“The really best time I had was in 1987 when Jim Reynolds made me a full-time auctioneer, working at St. Joe Stockyards selling cattle for slaughter.” Clements says

Clement worked at St. Joseph Stockyards for 36 years, and says that over the years as agriculture shifted from ranching to more row crops, he saw his customer base shrink. For example, on his drive from his home in Skidmore to Tarkio, Clement says he has had at least fifteen cattle customers between those two cities, but with the popularity of row crops and shrinking cattle herds, supply has declined.

“That literally went down to nothing, because of all the boys who had twenty to thirty to forty, fifty cows went exclusively to row crops,” says Clement, “the shrinking herds of cattle in northwest Missouri, southwest Iowa, southeast Nebraska and Northeast Kansas, I mean, it definitely made a difference. “

Clement cannot help making comparisons with the Kansas City Stockyards, which closed in 1991, and the closure of the Omaha Stockyards. Clement points out the stockyards where hundreds were employed. but times changed, the livestock dwindled, and the city grew around them.

The St. Joseph Stockyards are sold. His last auction took place on May 19th. 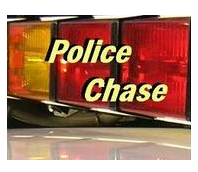