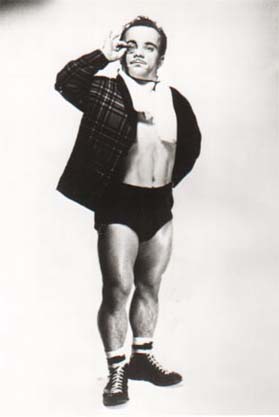 Eric Henry Edward Tovey (January 3, 1929 – September 9, 2016), known professionally as Lord Littlebrook, was an English midget wrestler. His greatest success came in the 1970’s when he held the NWA World Midget’s Championship. He was also part of the Wrestlemania III card in 1987 in front of a record 93,173 fans at the Pontiac Silverdome in Detroit, then the largest professional wrestling attendance in North American history.

Tovey was born in England on January 3, 1929 and grew up with six siblings. At the age of 14 he performed before audiences in the circus and served as an acrobatic midget clown. Tovey traveled to the United States with the circus in 1949, but lost his job when the circus went out of business. He was then convinced by a friend that he would make an ideal midget wrestler. After three months of training, Tovey debuted as “Lord Littlebrook” against Major Tom Thumb. Though of working-class origin, Tovey took a nobility trick that fit the general American stereotype of the British.

He is credited with being one of the first wrestlers to use aerial attacks on his opponents, paving the way for high wire acts such as Jimmy Snuka, The Rockers and Koko B. Ware.

As Littlebrook, Tovey found huge success in places like Australia, Japan and Thailand. From 1956 to 1958 he wrestled in upstate New York. He competed against other midget wrestlers, including several he would go on to wrestle in the World Wrestling Federation. He won most of his matches despite being booked to lose several tag team matches. He was a regular in Georgia Championship Wrestling in the late 1960s. Again he wrestled in matches against other midget wrestlers and was victorious in most of his matches.

In 1979, Littlebrook began wrestling with the American Wrestling Association (AWA) and was drafted into a team with The Crusher in a feud with Lord Alfred Hayes and Super Destroyer Mark II. In 1986, he competed with Little Tokyo in a tag team match at the AWA’s WrestleRock event. The pair lost to Little Mr. T and Cowboy Lang. He also competed against Hillbilly Jim, Little Beaver and Haiti Kid at WrestleMania III in a mixed tag team match with Little Tokyo and King Kong Bundy. Littlebrook’s team was disqualified when Bundy dropped an elbow on Little Beaver with a body slam.

Tovey has been in the wrestling business for 47 years as a wrestler, manager and coach. He coached Colonel DeBeers, as well as Butch Reed and Mike George. In the late 1980s, Tovey was brought into World Championship Wrestling as Lord Littlebrook to manage Jack Victory and Rip Morgan, who went together as The Royal Family. Tovey was also inducted into the Canadian Professional Wrestling Hall of Fame and the Professional Wrestling Hall of Fame.

Tovey lived in Saint Joseph, Missouri with his son Bobby. His other son Chris and Bobby compete as Kato and Beautiful Bobby with midget wrestling group Half Pint Brawlers. Tovey had 28 grandchildren. After retiring from wrestling, Tovey was diagnosed with dementia and lost both of his legs. He also underwent surgery for skin cancer on his arm and recovered. Tovey died on September 9, 2016 at the age of 87 after suffering from various health problems. 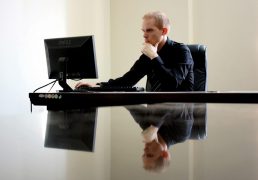 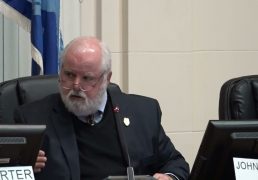 City Council passes emergency ordinance – local sales tax for the use of marijuana – St. Joseph Mo and Life in the Midwest 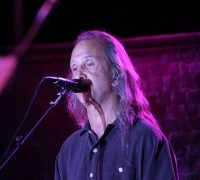 Steve Walsh of St. Joseph to Retire from Band Kansas – St. Joseph Mo and Life in the Midwest

City Council passes emergency ordinance – local sales tax for the use of marijuana – St. Joseph Mo and Life in the Midwest

Steve Walsh of St. Joseph to Retire from Band Kansas – St. Joseph Mo and Life in the Midwest